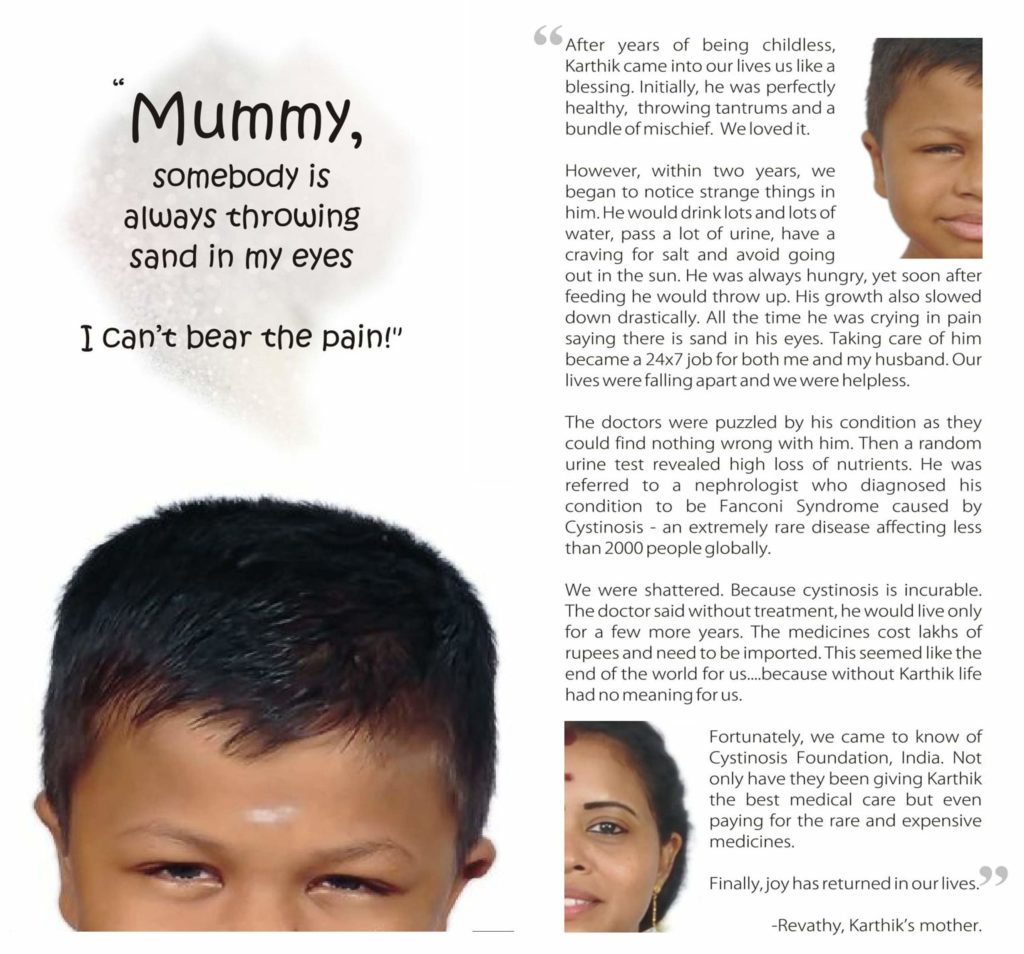 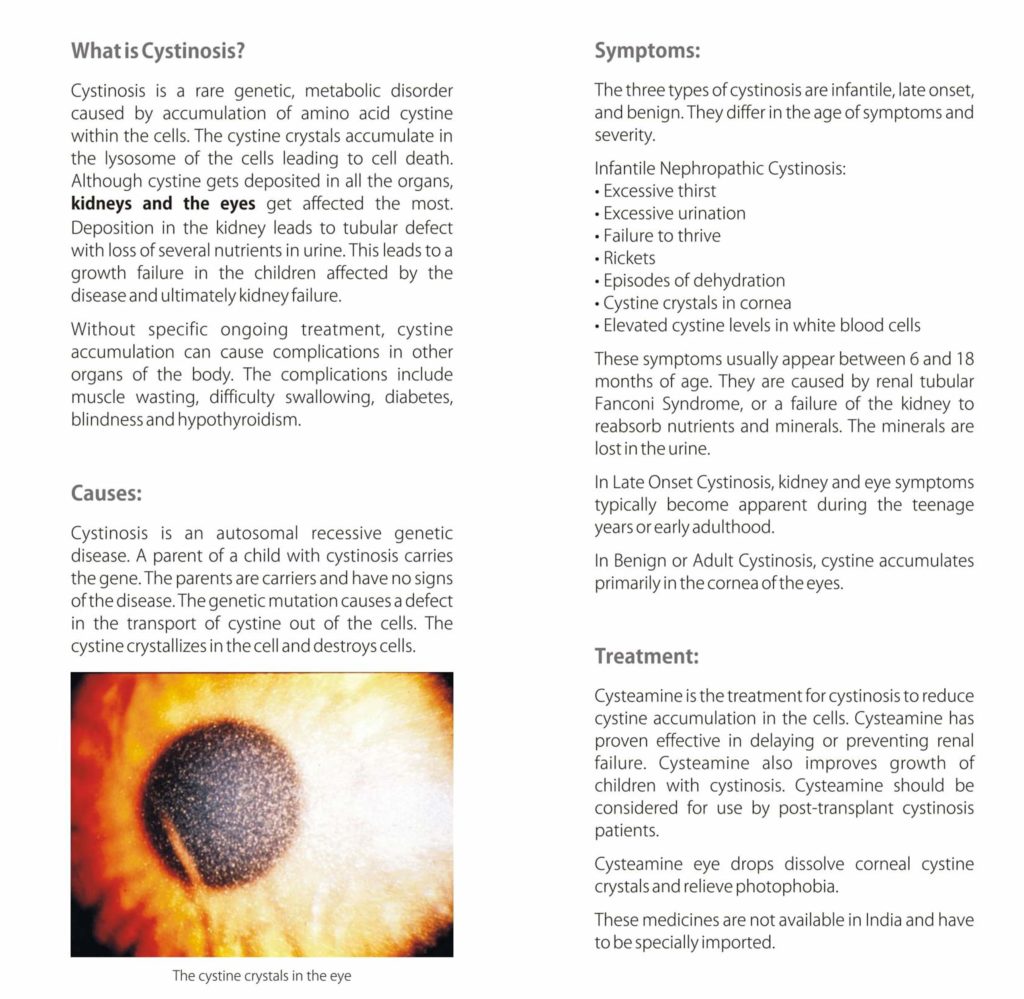 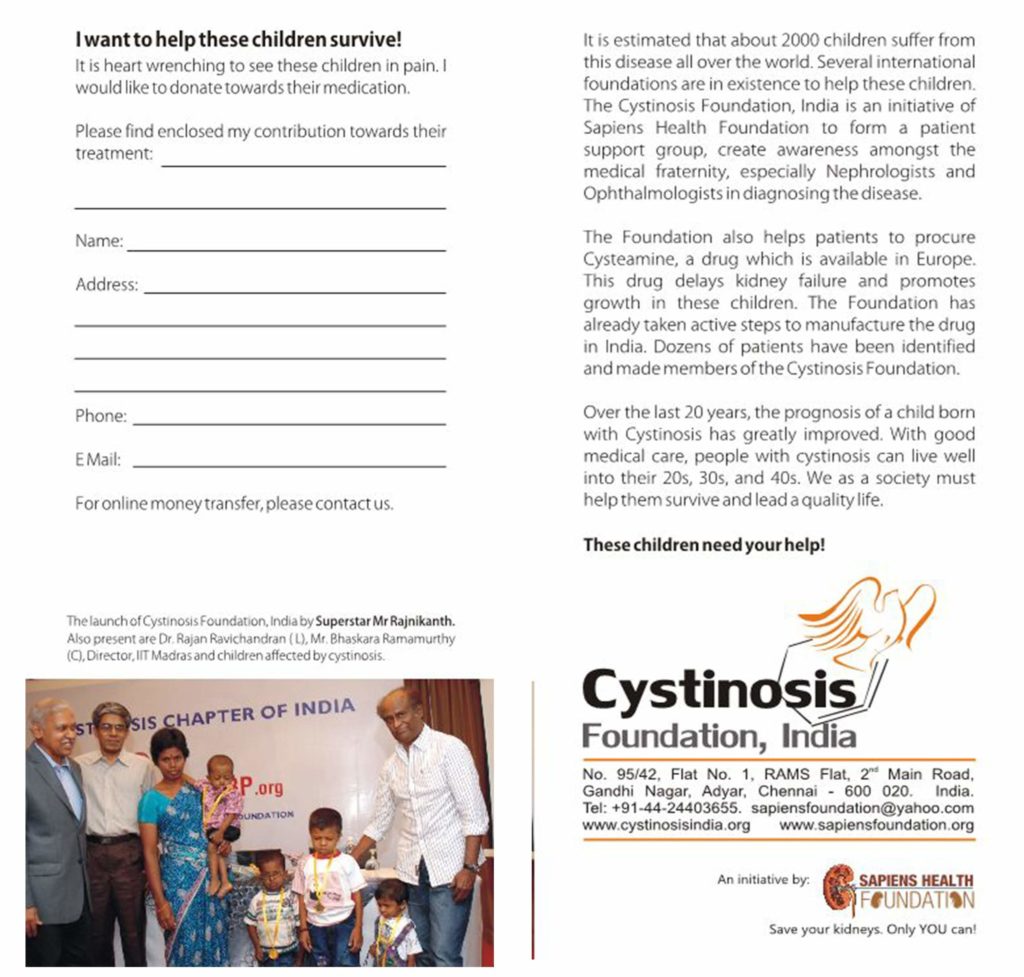 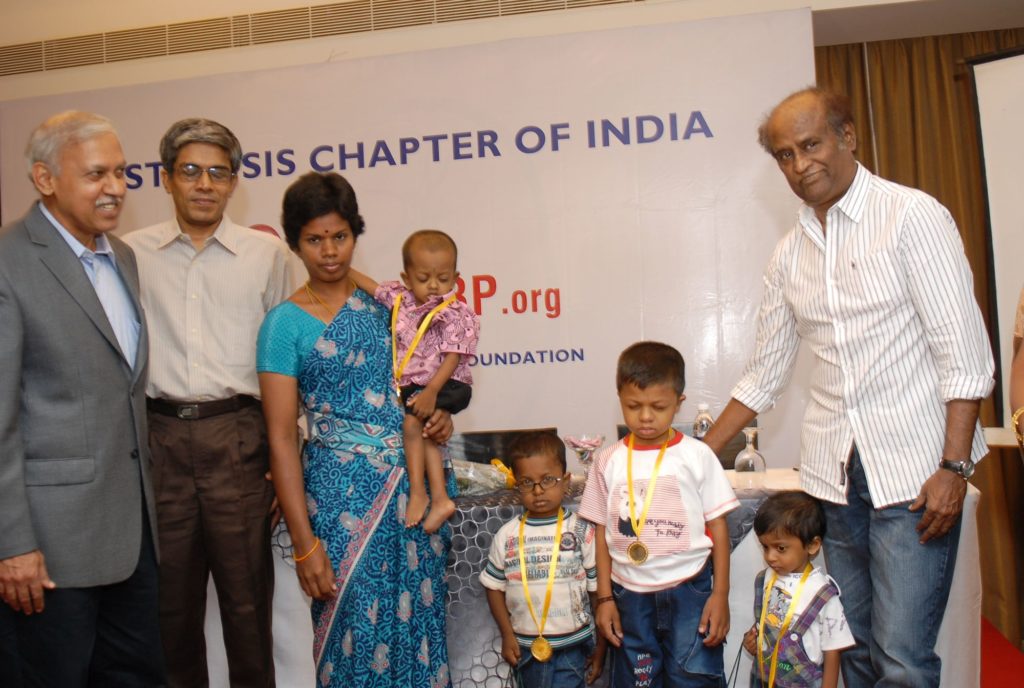 Cystinosis Foundation India was launched on 2 nd May 2012 by Prof. Bhaskar Ramamurthi, Director, Indian Institute of Technology, Madras
in presence of superstar Rajinikanth

Cystinosis Foundation India, a Venture of  Sapiens Health Foundation  has taken up the cause of children with a rare kidney disease called Cystinosis.  Cystinosis is a rare genetic, metabolic disorder caused by accumulation of amino acid cystine within the cells. The cystine crystals accumulate in the lysosome of the cells leading to cell death. Although cystine gets deposited in all the organs, kidneys and the eyes get affected the most. Deposition in the kidney leads to tubular defect with loss of several nutrients in urine. This leads to a growth failure in the children affected by the disease and ultimately kidney failure. The deposition in the cornea leads to blindness. The disease is often diagnosed by identifying the crystals in the cornea.

Sapiens Health Foundation  is a non-profit organization founded in 1997 by Dr. Rajan Ravichandran, a globally renowned Nephrologist based in Chennai, India with the view to help patients with kidney disease. The foundation has been very active since inception and has subsidized several thousand dialyses and has helped patients with kidney disease to procure drugs at subsidy. The foundation is focusing on promoting health education to prevent kidney disease. Two special websites www.sapiensfoundation.org and  www.sugarbp.org  were created to provide key information regarding chronic kidney disease to people with diabetes and hypertension.

The foundation is registered U/s 12 AA of Indian Income Tax act. It has exemption for donations U/s 80-G of IT Act and also to receive foreign donations under FCRA 2010.